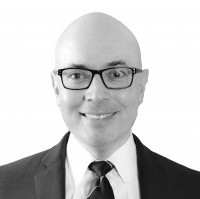 Paul Rothstein has extensive experience, both at law firms and in-house on the East and West coasts, in representing small, medium, and large purchasers and sellers of technology products and services.

Paul began his career at Wilson Sonsini, where he represented over a hundred startups.  He later served as a senior tech transactional attorney at Fried Frank.   Among his in-house responsibilities he has handled business and consumer internet transactions for MCI and served as General Counsel at both a venture-funded MVNO (mobile virtual network operator) and an app provider with a distracted driving solution.

Paul handled his first deal that would now be called “SaaS” in 1996 and was Assistant General Counsel at USinternetworking, an early application services provider that was acquired by AT&T.

We are a noted leader in the areas of technology, market data, digital content, privacy, cyber-security, outsourcing, vendor contracts and corporate real estate.

Accept All Reject All

These cookies allow us to count visits, interpret usability/popularity of website pages, determine abstract (non-identifiable) groupings of website traffic sources and effectiveness of web pages. We use Google Analytics functionality. This information does not directly identify any website users. You can consent to enable us to do this via our cookie management tool, however, you are not obliged to do so. If you do not give consent, we will not enable these cookies.

This website uses cookies to improve your experience while you navigate through the website. Out of these, the cookies that are categorized as necessary are stored on your browser as they are essential for the working of basic functionalities of the website. We also use third-party cookies that help us analyze and understand how you use this website. These cookies will be stored in your browser only with your consent. You also have the option to opt-out of these cookies. But opting out of some of these cookies may affect your browsing experience.
Necessary Always Enabled
Necessary cookies are absolutely essential for the website to function properly. These cookies ensure basic functionalities and security features of the website, anonymously.
Functional
Functional cookies help to perform certain functionalities like sharing the content of the website on social media platforms, collect feedbacks, and other third-party features.
Performance
Performance cookies are used to understand and analyze the key performance indexes of the website which helps in delivering a better user experience for the visitors.
Analytics
Analytical cookies are used to understand how visitors interact with the website. These cookies help provide information on metrics the number of visitors, bounce rate, traffic source, etc.
Advertisement
Advertisement cookies are used to provide visitors with relevant ads and marketing campaigns. These cookies track visitors across websites and collect information to provide customized ads.
Others
Other uncategorized cookies are those that are being analyzed and have not been classified into a category as yet.
SAVE & ACCEPT

We are always looking for amazing attorneys and legal professionals. If you are interested in learning more, please send your resume to careers@blegalgroup.com